The TCGS meeting for the Washington State Archives Cemetery project will take place at 7pm  Thursday, 23 August 2012, at the Richland Family History Center.

Now that the 1940 U.S. Census indexing project has finished, John Covey, TCGS President, has found another wonderful indexing project for us. This one closer to home, we are indexing local cemeteries. Washington State Digital Archives, at the request of the Washington Secretary of State Sam Reed, is asking societies to index their local cemeteries for preservation in the digital archives.

Posted by Tri-City Genealogical Society at 12:55 PM No comments:

The figures are in: TCGS did an amazing job of contributing to the 1940 US Census Community Indexing Project.

Surprisingly, of all the societies indexing, our society came in 16th in the Large Society Group (16 or more members)! That is very impressive considering the size of our society and the number of people doing indexing.

There are some who outdid themselves with indexing, but no matter how many or few you may have indexed, your contribution has been counted and allows us to post the 1940 Community Indexing Project logo.

Many thanks to all!

16th in the Large Society Group (16 or more members)

Posted by Tri-City Genealogical Society at 8:19 PM No comments: 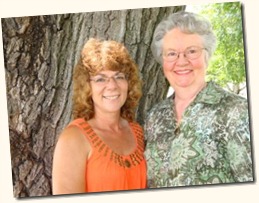 It is with great pleasure that we introduce the TCGS recipients of the WSGS 2012 Recognition Awards. Janet McKinnon and Susan Faulkner were both recognized for their “exceptional and consistent support of the goals and operation of”1 the Tri-City Genealogical Society; Gary Miller has been recognized “for outstanding efforts in the identification, preservation, dissemination or publication of information of genealogical importance and value to researchers interested in the families of Washington state.”2

Janet, as most of you know, has served as TCGS’ Vice-President and Program Chair since 2010. In addition, she was instrumental in organizing the annual Washington State Genealogical Society State Conference held in Richland in September 2011. Janet also serves regularly in the Richland Family History Center helping others learn more about doing genealogical research. And, at the end of 2011, when no one came forward to run for TCGS Vice-President, Janet agreed to continue for a second term.

Susan received recognition for serving as TCGS President from 2010-2011. It was she who enthusiastically accepted the opportunity for TCGS to host the 2011 WSGS State Conference and worked hard to see its successful fruition. In addition to serving in these capacities, she also made several presentations both to our society members and other members of the community and still found time to contribute articles to our TCGS Bulletin. 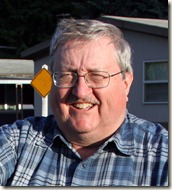 Gary Miller was nominated for his efforts in record preservation for TCGS. He helped with the photo indexing project for CREHST Museum in Richland, Washington.  After retirement, he contributed time indexing the Benton and Franklin County school censuses covering 1910 to 1933. In an effort to resolve some issues with the school census indexing project, Gary drove to Ellensburg to obtain better images of the census pages. At the end of that project, he created a document explaining what was done and where there might be some problems with the index. With the school census project finished, Gary turned his efforts to helping with the 1940 US Census indexing 20,000 names since April 2012.

We congratulate all three WSGS Recognition Award recipients and thank them for their efforts to sustain TCGS. These recognitions will be formally awarded at the 2012 WSGS Annual State Conference September 8th in Port Angeles, Washington.