On Thursday Margie Belden, Education Chair gave a talk on KONA radio Time Capsule about French-Canadian history particularly dealing with Frenchtown near .  The history of Frenchtown and the area goes back to the early 1800’s.  While doing her research for the talk Margie told me that she saw some French-Canadian surnames that might be distant cousins.  There is a Frenchtown Historic Site that is now open 8 miles west of on old Highway 12.  This is maintained by the Frenchtown Historical Foundation.
Among things to see 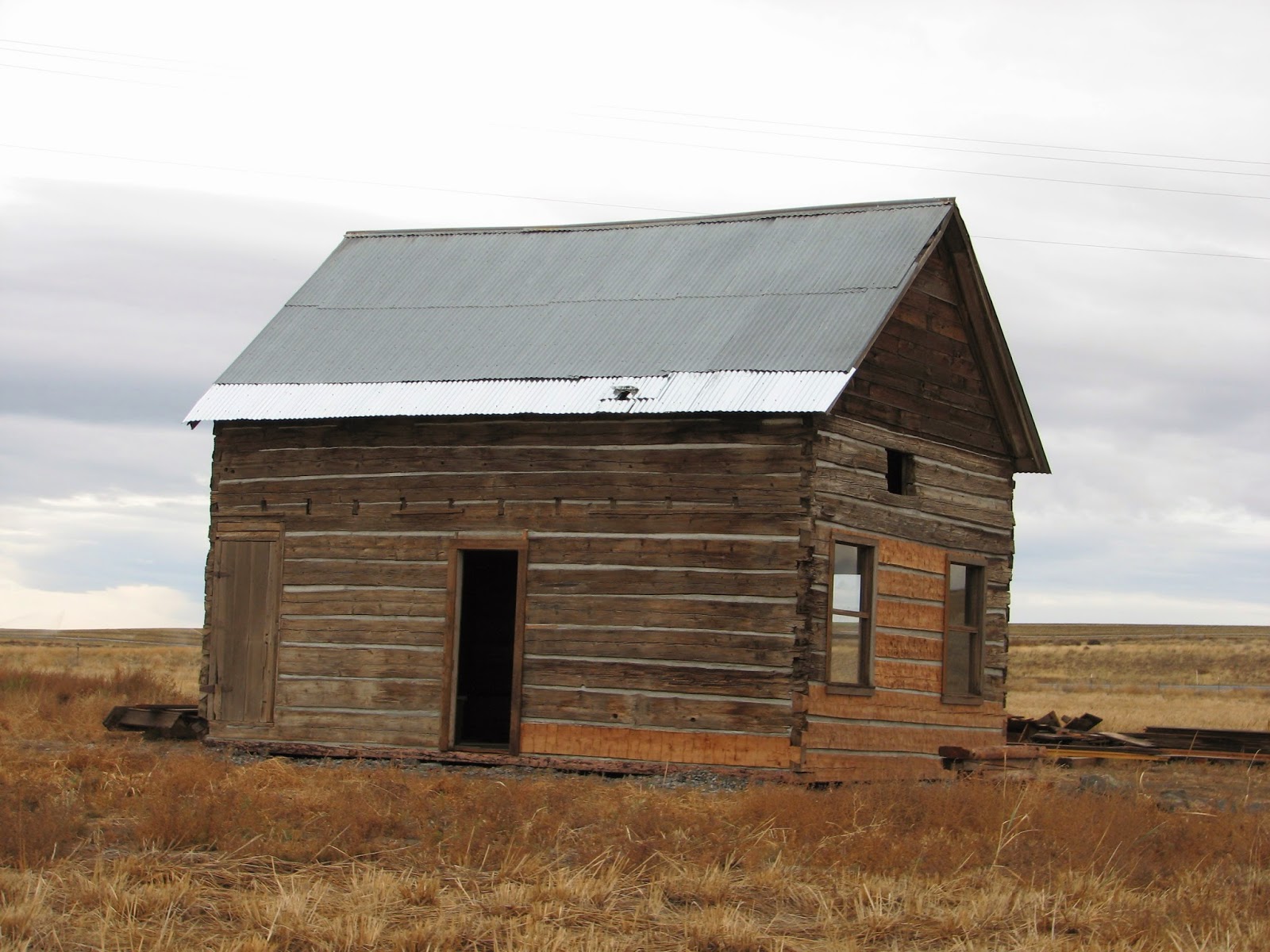 Restoration of oldest existing cabin in Washington State Cabin was probably built for  pambrun, chief trader at the ’s Bay Co. at  in about 1837. Built as a peace offering for the Prince of the Cayuse village. Documentation from Narcissa Whitman dated 1844 and other independent documentation establish that the cabin was built on the  in 1837 for Young Chief, another Cayuse headman 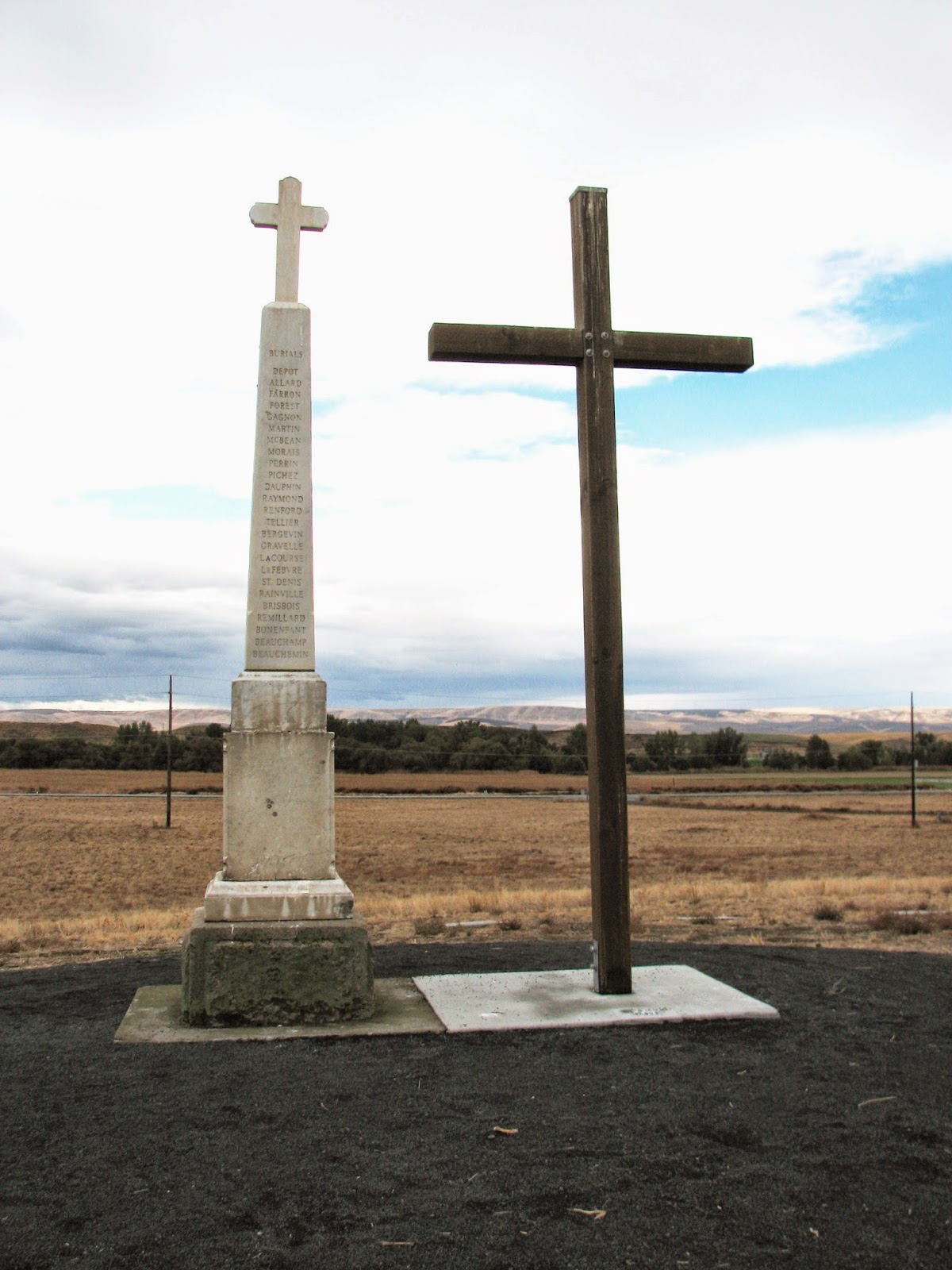 St Rose of  and associated markers 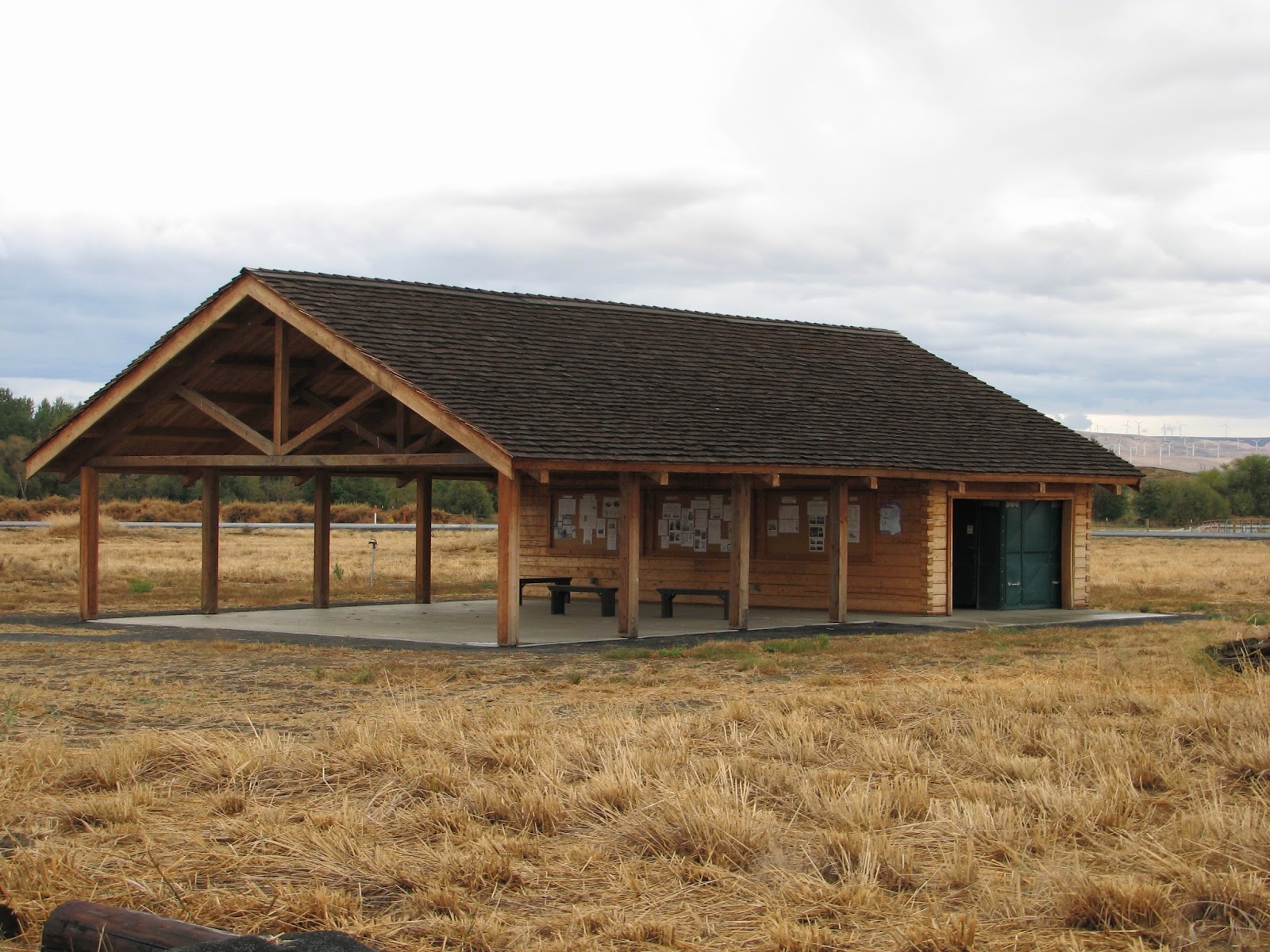 The following timeline is from the Frenchtown Historical Foundation website
1818 – The Canadian Northwest Company establishes Fort Nez Perces at was now Wallula, this was the first trading post in the area.
1821 – The Canadian Northwest Company and the ’s Bay Company merge and the trading post is rebuilt as .
1824 - Near the mouth of the first cabin was built by Joseph LaRocque and his wife Lizette Walla Walla.
1836 – The Whitmans establish mission; dozen of families were already living in the area.
1841-45 - The Oregon Trail emigrants begin parading through Frenchtown on their way to the south bank of Columbia River to
1847 - Catholic St. Anne Mission established on but vacated same year as Whitman massacre
1848-1850 - Cayuse Indian War
1853 - St Rose of the Cayouse Mission and Cemetery established on Yellowhawk Creek (in ) but burned in 1855 during Yakama War.
1855 - 7-10 December: Battle of Walla Walla or The Battle of Frenchtown this was the longest battle in the history of the . 350 mounted volunteers versus 1000 , Cayuse, Palouse and Yakama warriors
Chief Peopeomoxmox tried to establish a truce but after battle was again begun, he and four others were executed
Cabins of Jean LaRocque and Louis Tellier were totally involved in the conflict
1859 - Indian lands opened to white settlement; established
1863 –Catholic Chapel erected in the area and a cemetery established
1870 - Log school house was built
1876-1893 - St Rose of and Cemetery (from river cemetery) were mainly French Canadian of the Hudson Bay Co., their Indian, French and Métis wives and their descendants
1912 - Final burial at Frenchtown cemetery

If you get a chance go see the Frenchtown Historic Site and learn more about Frenchtown at their web site. frenchtownpartners.org
Posted by Tri-City Genealogical Society at 12:43 PM No comments: